After chance encounter with an uncontacted group, Matsés are launching new measures to help ensure continued protection of isolated peoples.

In the age of satellite communication and globalism, the fact that there are still tribal groups isolated from the outside world and its technology excites the imagination and sparks curiosity. Yet, this excitement can obscure the extreme fragility and precarious situation of these last remaining people in voluntary isolation. The reality is that there are few places left on the planet that are still remote enough to shelter isolated peoples. 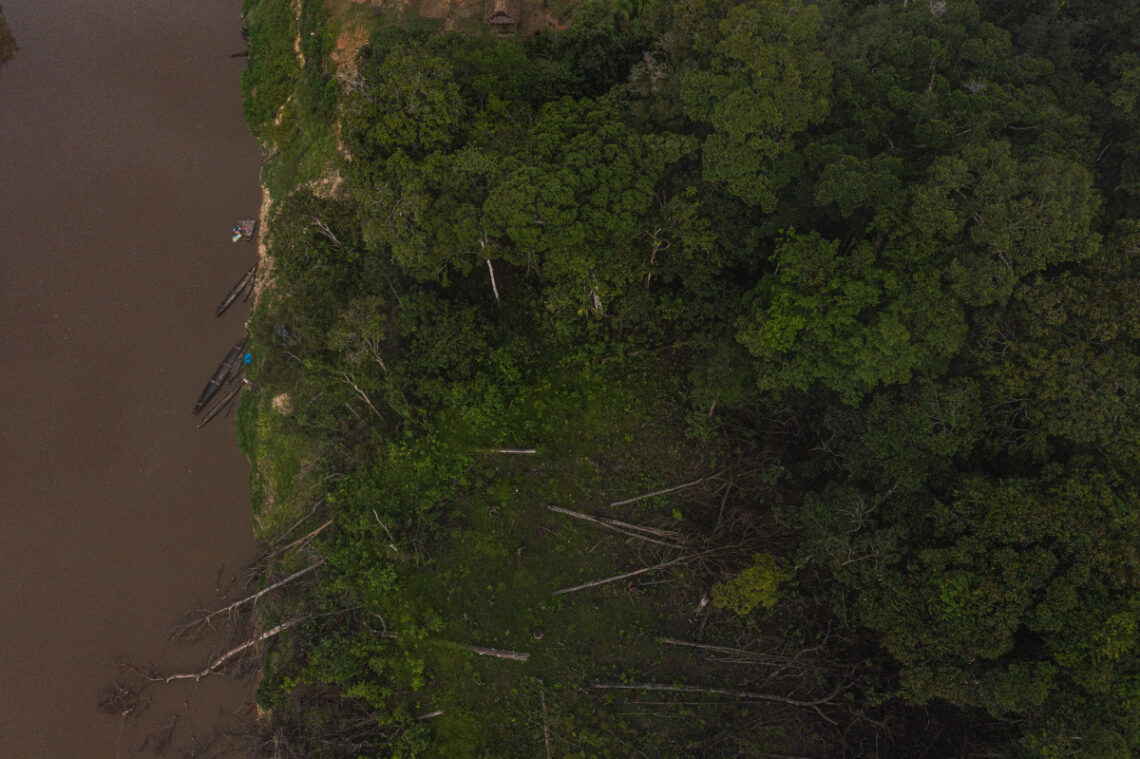 The headwaters of the Yaquerana (Javari), in the Matsés Ancestral Territory (Territorio Ancestral Matsés) and the Sierra del Divisor National Park in Peru, is one such area. The adjoining Javari Valley Reserve across the river in Brazil contains the highest number of tribal groups living in isolation in the world. There is evidence that isolated groups may also inhabit the Tapiche-Blanco area on the western border of the Matsés Ancestral Territory. The Matsés have long served to shield uncontacted groups, whom they regard as their brothers and sisters, in the region from unwanted contact from the outside world. Matsés communities are strategically positioned at the gateways to these remote areas. 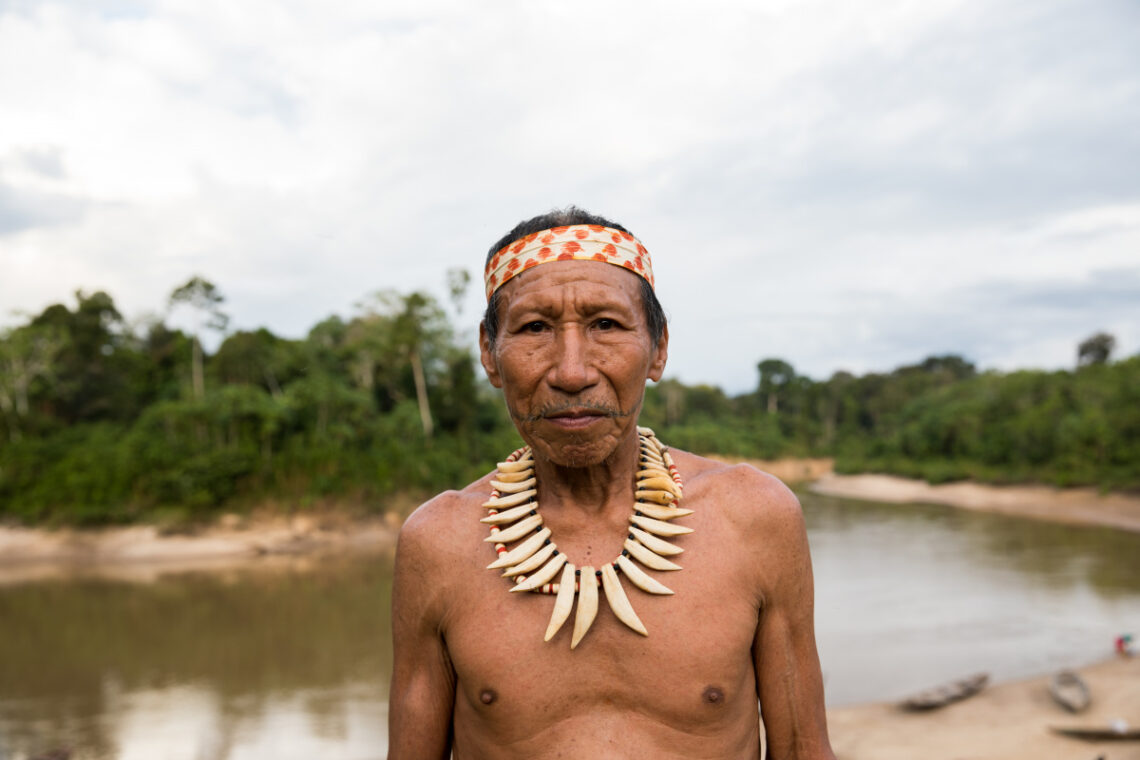 Nestor Bina, a Matsés elder from the community of Puerto Alegre that is the last settlement before the headwaters of the Rio Yaquerana. Nestor was involved in the peaceful and permanent contact the Matsés had with the outside world in 1969.

Earlier this month, on a follow-up survey from the Matsés Indigenous Mapping Initiative, in the headwaters of the upper Yaquerana river, the Matsés had a chance encounter. They were there to verify some data points from a previous journey and to check on the status of an abandoned exploratory oil well. This area lies within the now annulled petroleum concession lot #135 that was leased by Pacific Stratus Energy. Pacific Stratus and the concession are gone but the status of the exploratory well and the extent of any damage done remains unclear. 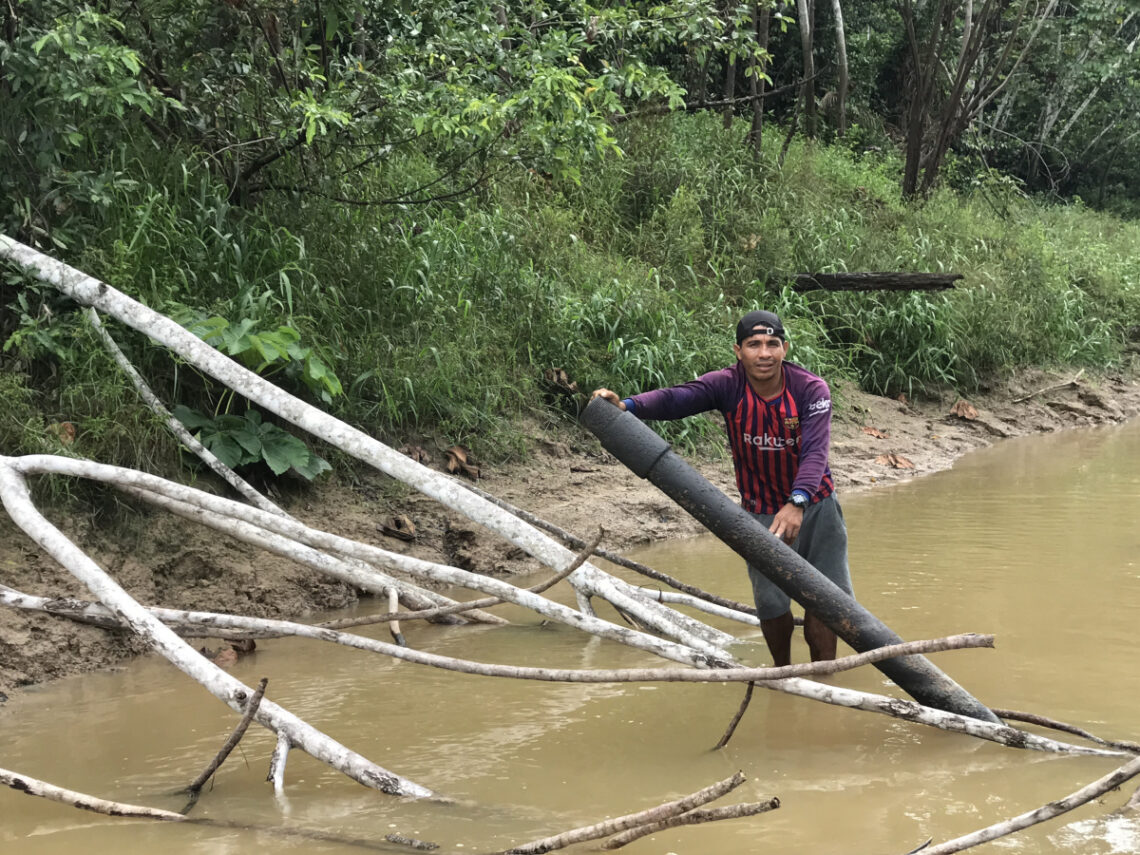 A petroleum drill pipe, likely decades-old, encountered by the Matsés survey team on the Rio Yaquerana. 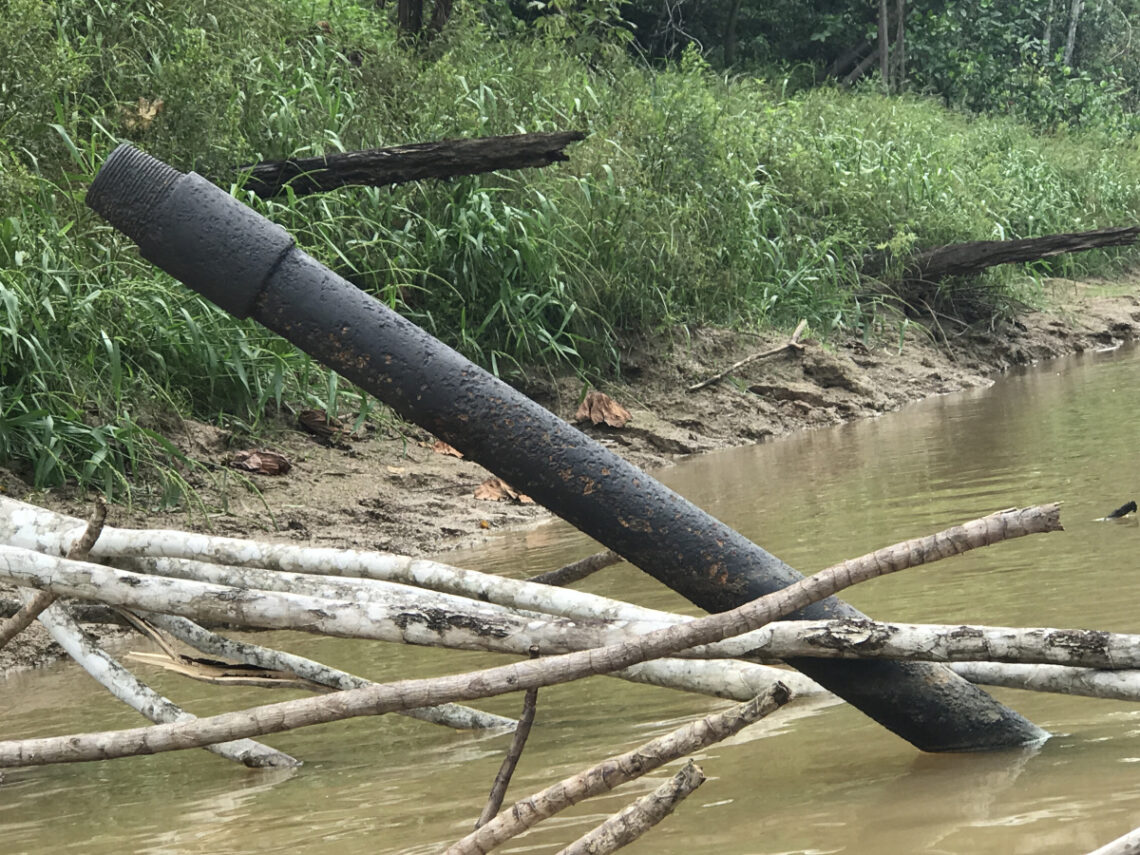 While walking along a stream, the Matsés survey team noticed a trail marked by plant stems bent in half, not cut with a machete. As they reached a small stream they saw a set of bare footprints along the bank. They then heard scattered voices of a small group of individuals who were imitating spider monkey calls. Realizing it was the isolated people hunting, the team immediately withdrew back to the river to avoid any contact.

Over the years, the Matses have reported similar encounters in the jungle although this one occurred closer to their communities. It is generally thought that isolated groups come across the river from Brazil in the low water season, although this group may reside semi-permanently on the Peruvian side. 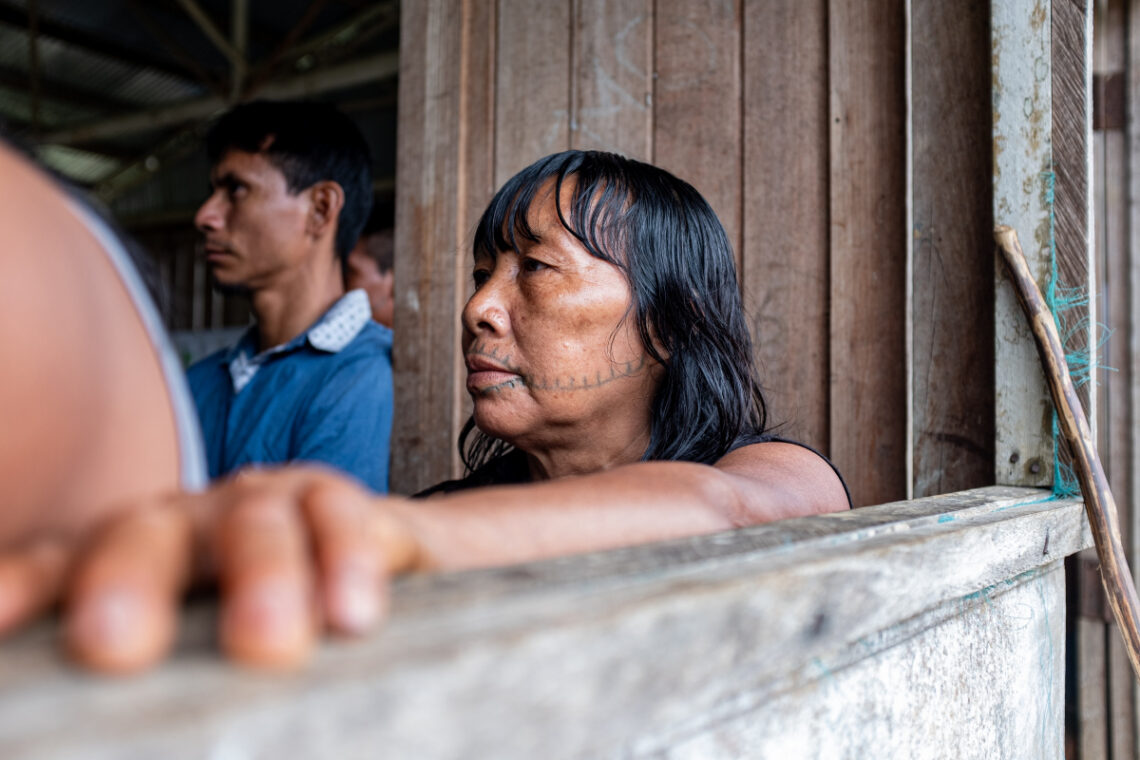 Matsés who have had encounters indicate that some of the words spoken by uncontacted people calling out to each other are intelligible to them, supporting the Panoan origin theory (family of languages spoken in Peru, western Brazil, and Bolivia). The Matsés, and most of the neighboring tribal groups in the Javari including the Matis, Marubo, and Korubo are Panoan-language speakers. The tribal groups in isolation are not Matsés; the Matsés report that all their kin were accounted for at the time of their sustained contact with the outside world. 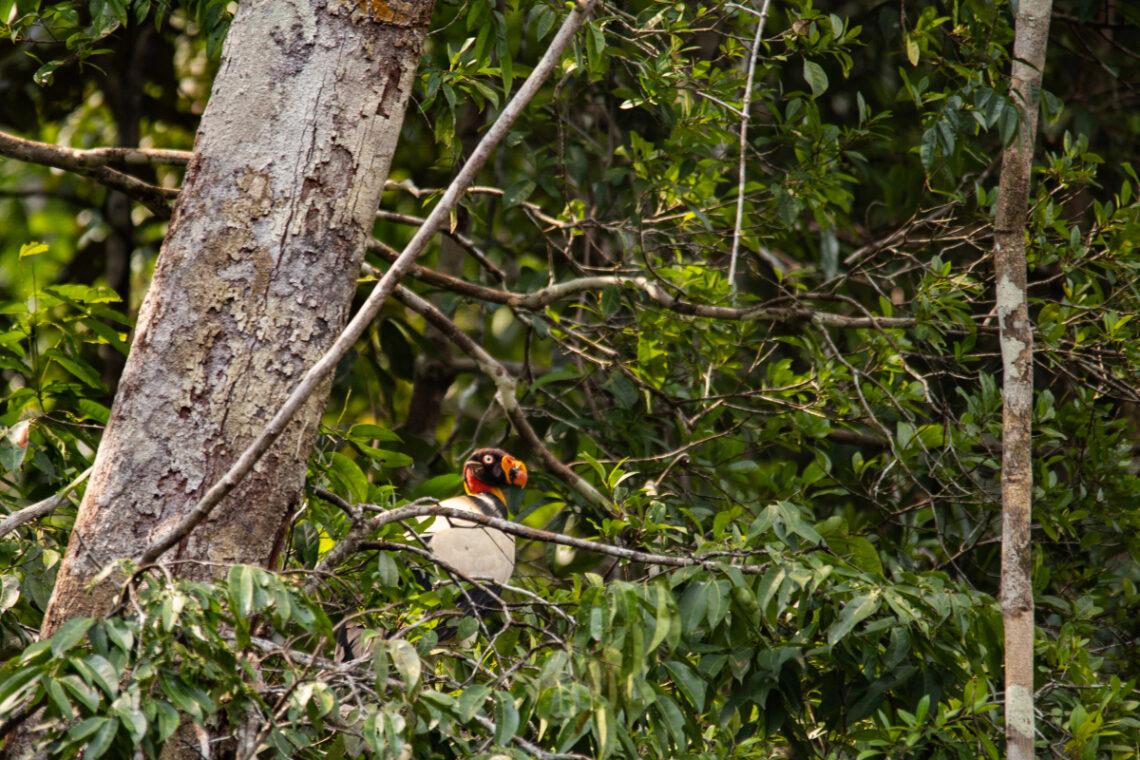 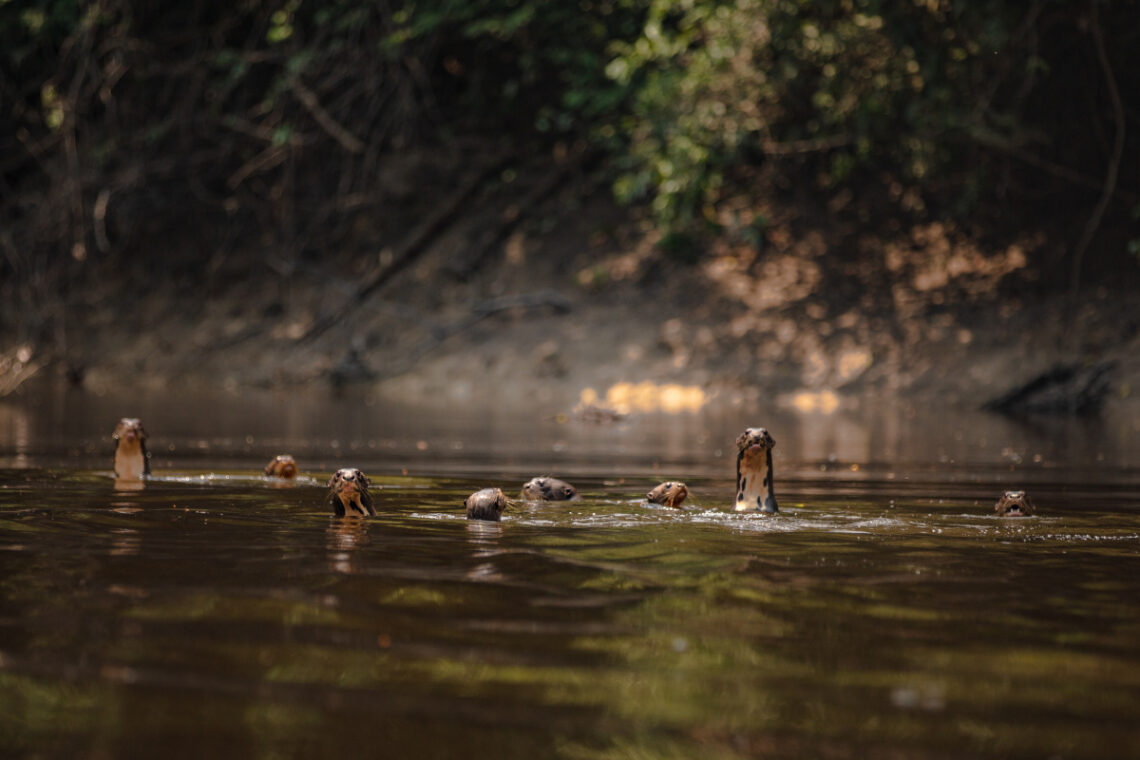 The headwaters of the Matsés Ancestral Territory shelter thriving populations of giant river otters, a species that has been extirpated in most areas of the Amazon due to pelt trade and mining.

The best policy towards people living in voluntary isolation is to leave them alone with sufficient territory to live in peace and respect their autonomy. Contact attempts by missionaries, adventure seekers, and government agencies has, in most cases, led to tragic outcomes. Isolated peoples are extremely vulnerable to disease pathogens, with mortality rates ranging from 25% to 100% in the immediate time period post-contact. The survivors face a grim future, in which their culture and self-sufficiency are stripped away, leaving them struggling to reclaim their identity in a new world marked by poverty and external dependence. The forests, which once supported their way of life, are soon exploited post-contact for commercial resource extraction.

For the Matsés, chance encounters come with risks to their own lives. Isolated peoples do not have the context to distinguish between protectors and outsiders with malintent. Isolated peoples avoid outsiders and likely associate them with conflict and disease, both from stories passed down from their elders as well as in their living memories. 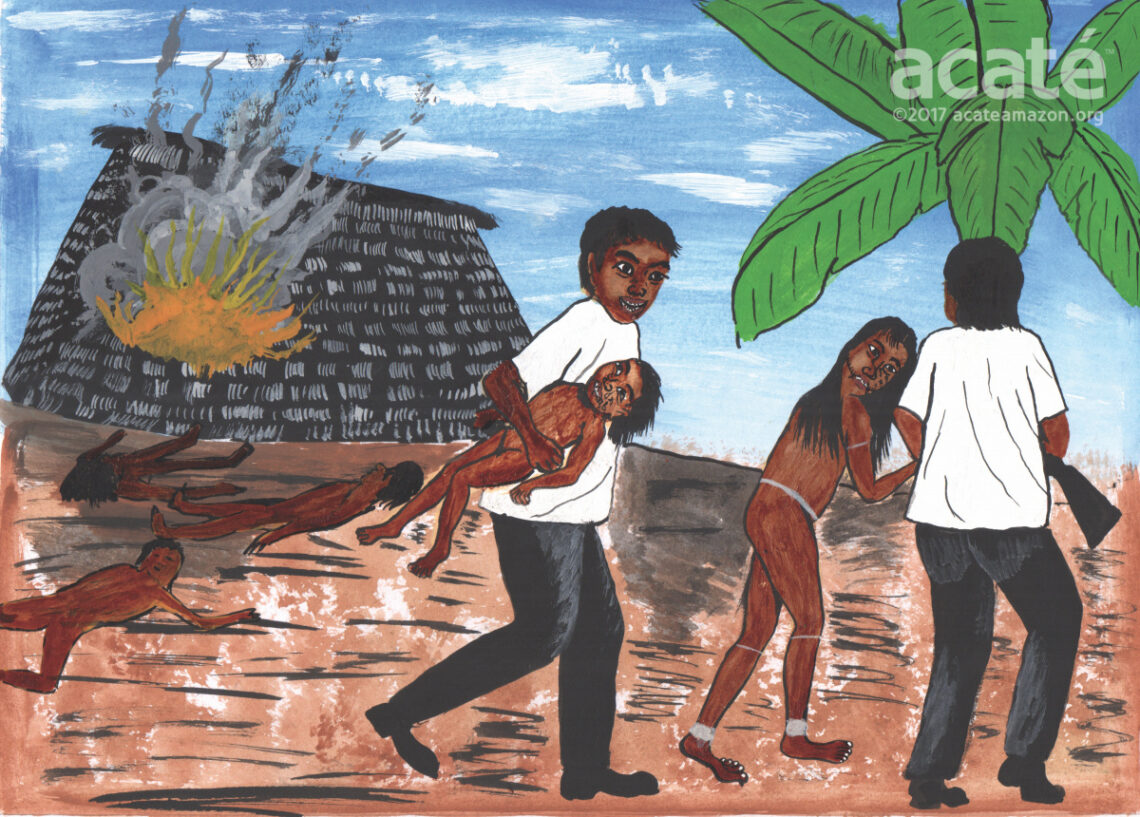 The few remaining forests in the world that can support isolated groups often are beset with incursions and encroachment from miners, loggers, and narcotraffickers generating conflict. Desperate to protect their lives, their kin and their way of life, and indeed to avoid annihilation, isolated people will resort to violence to protect themselves. This danger was highlighted earlier this year with the tragic killing of experienced FUNAI sertanista Rieli Franciscato from the arrow of an uncontacted group in western Brazil. 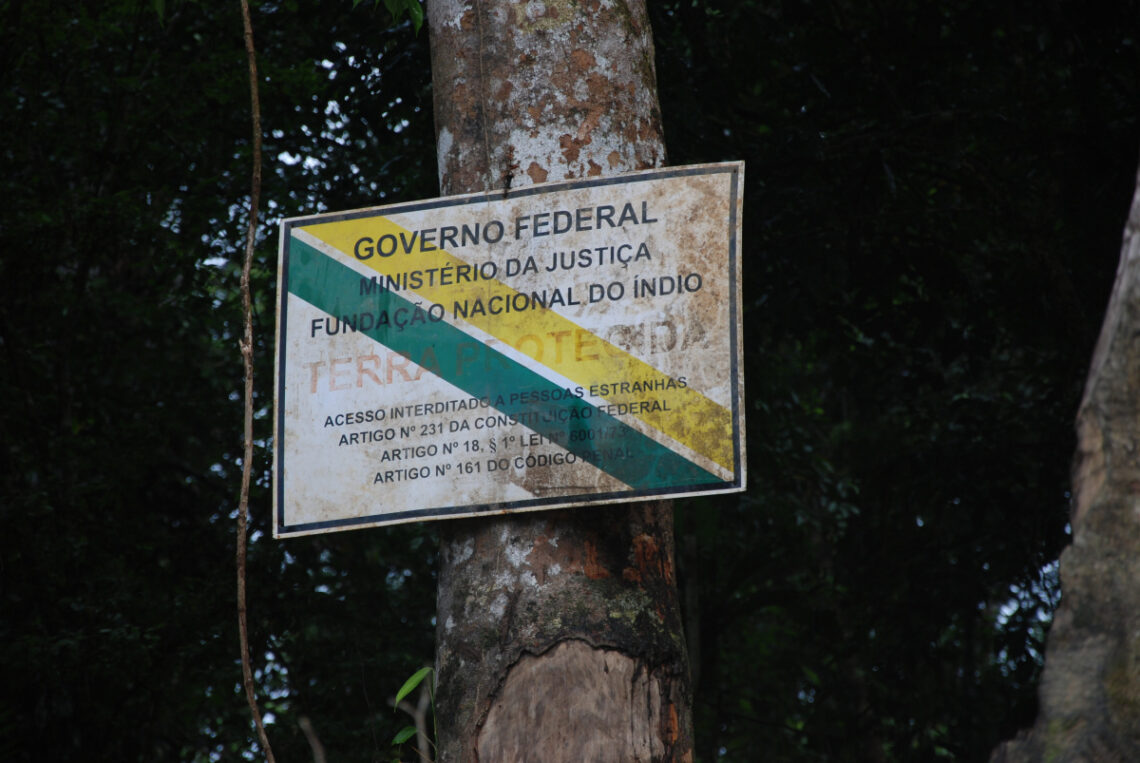 In response to this potentially dangerous situation Acaté and the Matsés leadership are launching new measures to help ensure the continued isolation of the uncontacted and decrease the likelihood of conflicts with Matsés hunters who fear being shot at with arrows. This new initiative is an important extension of the Matsés Leadership and Governance Initiative launched last year to monitor and protect the Matsés Ancestral Territory (Territorio Ancestral Matsés) through an enhanced communication network between the widely separated villages; the establishment of monitoring stations at sensitive areas; and the use of camera traps to detect incursions into their lands. 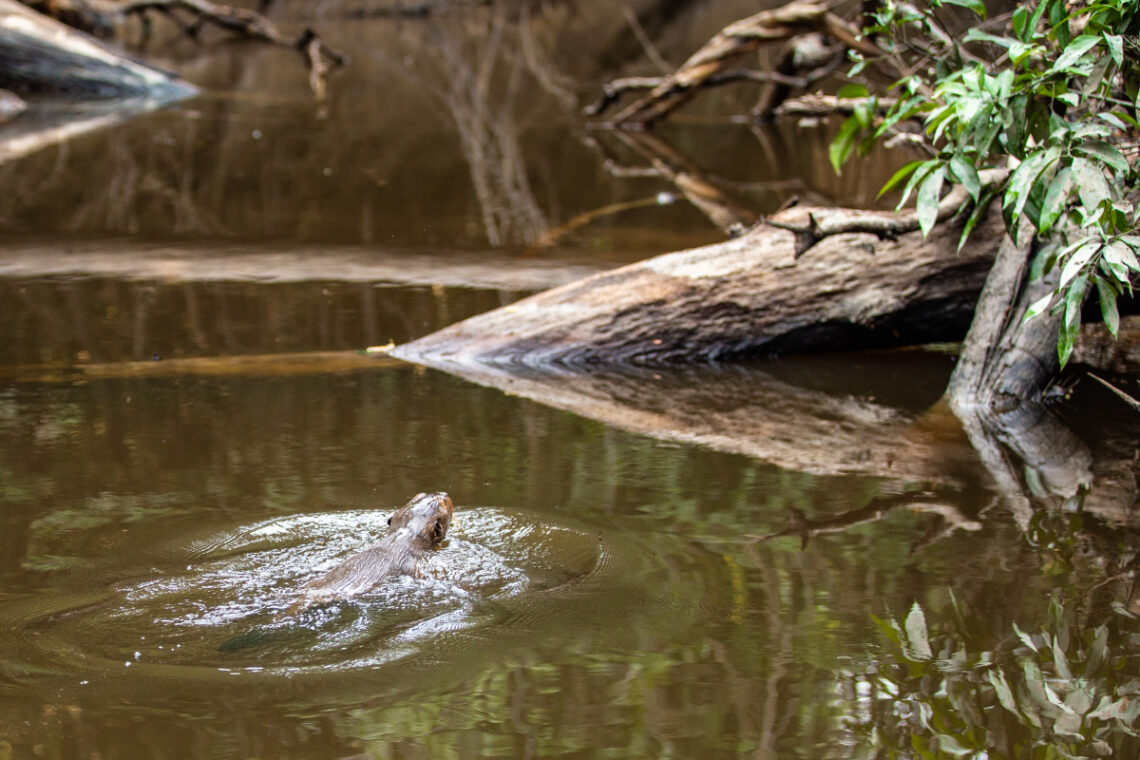 This plan of action was finalized in August 2020 during a nine-day workshop held in Iquitos supported by Acaté. At this extraordinary meeting, the Matsés leadership, including representatives from each village, created a draft of their Plan of Life. This comprehensive document lays out the Matsés vision and plan for protection of their territory and culture. In it, the Matsés commit to continue to protect their isolated brothers and sisters. Our next report will detail this important initiative. 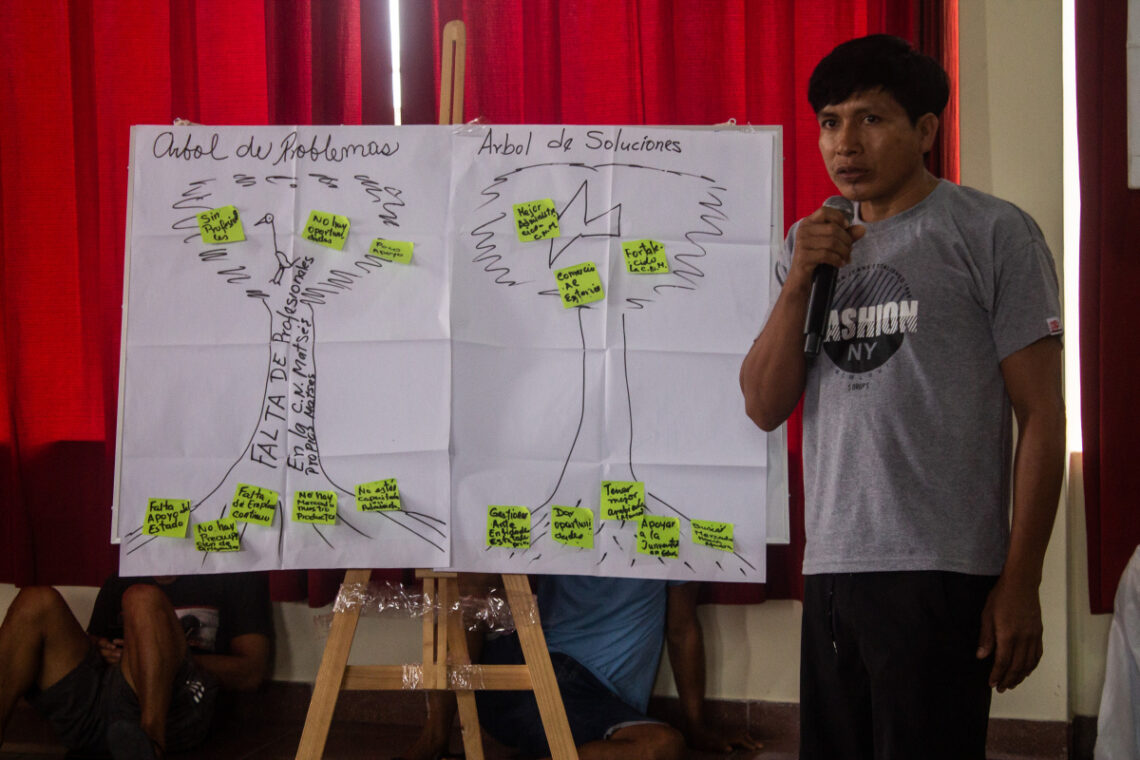 Acaté Amazon Conservation is a non-profit organization based in the United States and Perú that operates in a true and transparent partnership with the Matsés people of the Peruvian Amazon to maintain their self-sufficiency and way of life. Operating at the leading edge of conservation, our initiatives have included the first indigenous medicine encyclopedia as well as projects with original methodology in sustainable economic development, traditional medicine, medicinal agroforestry, nutritional diversity, regenerative agriculture, biodiversity inventory, education, native language literacy, and mapping of ancestral lands. All of our initiatives are developed with, led and implemented by the Matsés indigenous people. Donations are tax-deductible and go directly to fund these on-the-ground initiatives that operate with unparalleled transparency.

July 2020 – Emergency COVID-19 relief efforts and safe return of the Matsés to their communities!

June 2020 – Completion of the first-ever dictionary phone app created for an Amazonian indigenous language and more from our ongoing initiative with the Matsés to support bilingual education and intergeneration transfer of ecological knowledge.

December 2019 – Completion of the landmark five-year Matsés Indigenous Mapping Initiative in which the Matsés mapped and demarcated for the first time their entire ancestral territories in Peru. The resulting maps, written in their language, are comprehensive cartographic records of their ancestral territory, history, land use and culture.