The ancestral territories of the Matsés in Perú comprise over three million acres of intact rainforest and include no less than four major ecological zones harboring staggeringg levels of biodiversity: the Matsés central range, the Yavari river valley, white sand rainforests of the Tapiche-Blanco that hold high levels of endemism, as well as the northern handle of the Sierra del Divisor in the upper Yaquerana, a range that also protects uncontacted tribal groups in voluntary isolation.

Although the rainforest biomes of western Amazonia harbor amongst the highest levels of species diversity on the globe, population densities for most species are typically quite low, making the detection of many species a matter of chance that increases with the amount of time spent in the area. In fact, some species are so rare that field biologists may be fortunate to ever chance upon them. This makes inventories of species diversity by current methodologies so challenging and underscores the limitations inherent to high budget rapid biological assessments conducted during intense field visits by outside scientists of a few weeks duration.

Few localities in the Amazon rainforest can truly claim zoological inventories that are even close to complete, let alone begin to comprise a full accounting of the complex and extraordinary natural history of rainforest animals. Considering the obstacles for biological field research and dwindling funding available for conducting such research, it may be a long time before exhaustive species inventories and detailed natural history information become available. In many areas, the trajectory of rainforest destruction and species extirpation is far exceeding that pace. What is less recognized is that local indigenous knowledge of animals is being lost even faster.

Acate has partnered with the Matsés on several initiatives including indigenous led survey of amphibians and reptiles, survey of giant river otter populations thriving in the headwaters of Matsés territories, and a series of ecological books written by Matsés authors. 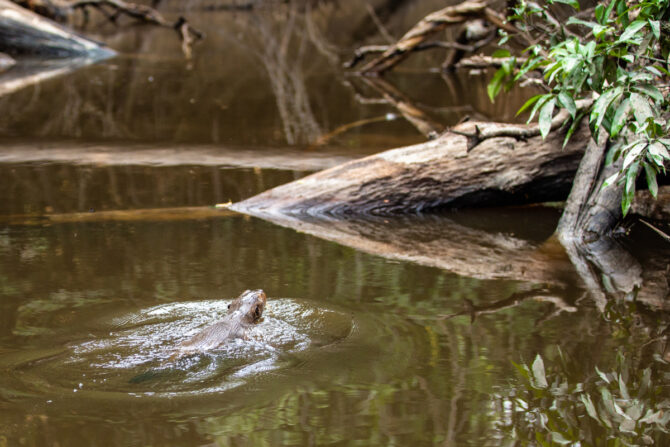 In 2021, Acate launched our Endangered Riverine Turtle Conservation program. Riverine turtles play a vital role in the ecology and their eggs are an important indigenous traditional food throughout the Amazon region. They are now threatened with extinction due to over collecting of eggs from their nesting beaches and the hunting of adult turtles. The largest turtle in the Amazon, known locally as Charapas (Podocnemis expansa), which can weigh up to 200 pounds, is facing extinction in Peru because the large adults are easily hunted and the eggs are large and highly sought after. For the Matsés the eggs from both the Charapa and the smaller Taricaya (Podocnemis unifilis) are a vital source of protein and calories. Unfortunately, there are now stretches of the Yaquerana river where the turtle nests are no longer found due to commercial egg poaching. It is important to emphasize that the lack of controls on the egg trade will eventually lead the poachers further up river. This project has already released thousands of turtles back into the wild bringing hope to restore their populations. 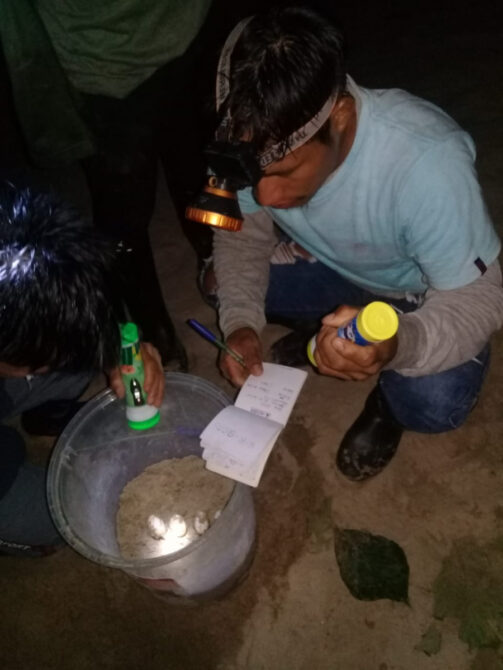 For an Amazon tribe, phone cameras shine a light on their wildlife (Mongabay October 2018)

Wild Perspectives from a Photographer’s Eye