In the age of satellite communication and globalism, the fact that there are still tribal groups isolated from the outside world and its technology excites the imagination and sparks curiosity. Yet, this excitement can obscure the extreme fragility and precarious situation of these last remaining people in voluntary isolation. The reality is that there are few places left on the planet that are still remote enough to shelter isolated peoples.

The Matsés communal territory is the key to an even larger binational area that includes the Matsés National Reserve, the Sierra del Divisor National Park, the Yavari Tapiche Indigenous Reserve and the Vale do Javari Reserve in Brazil (alone the size of Austria). Together, this area is one of the largest and wildest areas left on our planet and the home of the highest number of uncontacted tribal groups living in voluntary isolation. These groups in isolation are at extreme risk of disease if contacted by adventure seekers, missionaries, illegal resource extractors and others who may venture into their territories. 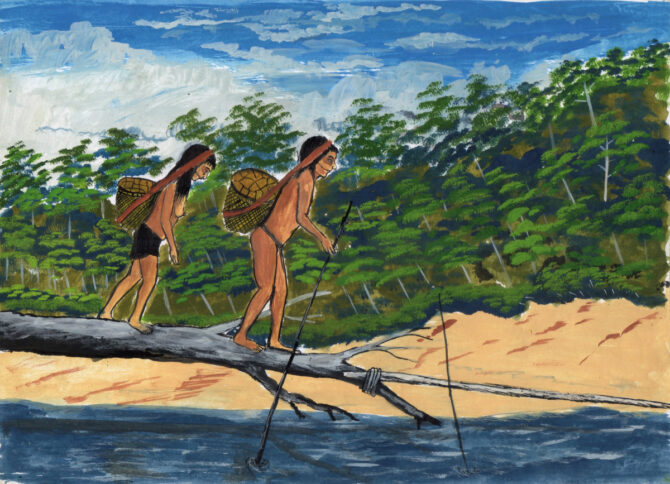 The Matsés have had encounters with the uncontacted in their ancestral hunting grounds and there is the potential for conflict. South of the Matsés territory there have been deadly conflicts when uncontacted bands raid isolated villages seeking metal tools and food stores. The movement patterns of the uncontacted groups that enter the Matsés Ancestral Territory are not understood but are likely linked to land use changes to the southeast in Brazil and to normal seasonal movements for hunting. The potential for conflict remains if one of these bands should raid a Matsés camp looking for axes or other metal implements. 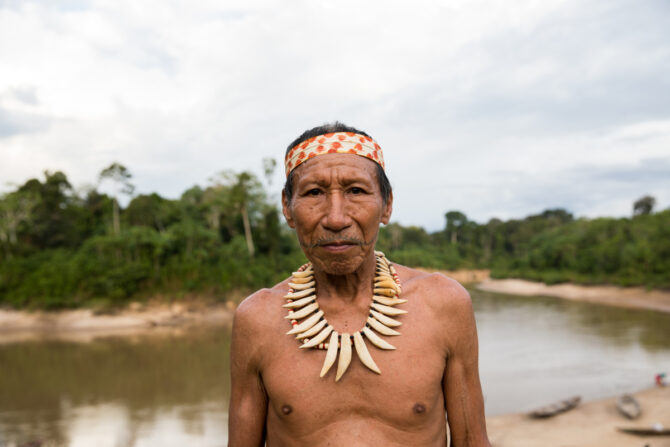 Nestor Bina, a Matsés elder from the community of Puerto Alegre, was involved in the peaceful and permanent contact the Matsés had with the outside world in 1969 © Xapiri/Mike van Krutchen/Tui Anandi/Acaté

After a chance encounter with an uncontacted group in 2020, the Matsés, with the support of Acaté have launched new measures to protect the isolated peoples. Spearheaded by the community of Puerto Alegre, a village that controls the gateway to the headwaters of the isolated groups,this project includes creating a conservation corridor, monitoring and protecting the access points from encroachment by outsiders for commercial fishing, endangered turtle egg collecting, timber cutting or petroleum surveys. Yet further threats loom. The planned construction of a road from the Ucayali to the Javari brings even greater urgency to this work. 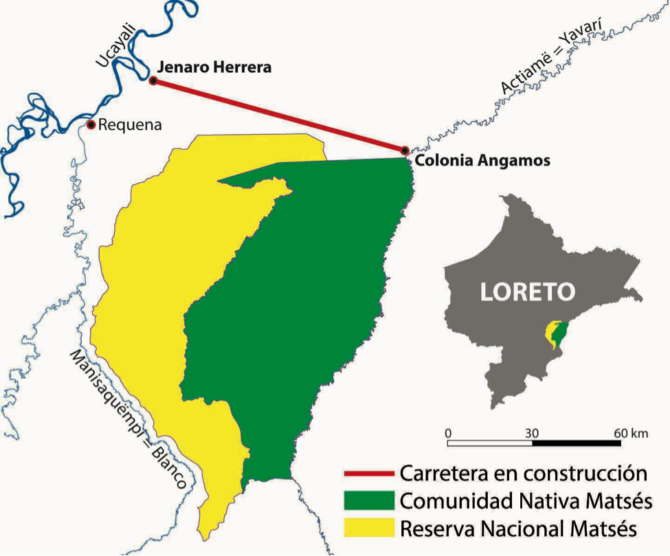 The road, if completed, will bring a wave of settlers looking for new land to exploit along with the timber mafias who will use the road to exploit previously inaccessible highly valuable timber species like Spanish Cedar and Mahogany.

Forgotten Tribes of the Amazon: Biopiracy and the Story of the Urueu-Wau-Wau

Forgotten Tribes of the Amazon: The Héta of Brazil