Many of us recognize some of the more famous tribes of the Amazon, such as the Yanomamö and Kayapó, have seen their images and heard their voices.

This is the first in a series of posts by Acaté bringing to light a few of the dozens of unheralded tribes that have disappeared in the past half century or struggle, forgotten, in impending extinction today.

You may not have heard of them, but they did exist. This is their story. 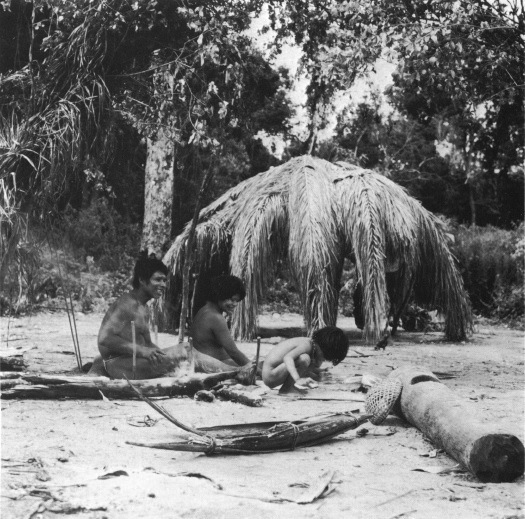 In 1954, a young Brazilian named Antoniô Lustosa de Freitas was clearing a patch of forest near the Ivaí River. As he worked to expand his fields, a hitherto-unknown band of people began to watch him, unseen, at the forest edge. In time, the tribe summoned the courage to emerge from the forest, leaving behind their bows and arrows in a gesture of peaceful intent. This tribe became known to the world as the Héta, which translates in their language as “all of us”.

Living in a heavily forested area some 400 miles from the great metropolis of Sao Paolo, the Héta were one of few tribes in this century that were found to still fashion and use a stone axe. By the time of ‘first-contact’, most groups had already acquired steel machete blades, usually old and worn smooth, through trade with neighboring tribes. The discovery of this so-called Stone Age people even made the pages of Time Magazine.

Their existence was, in truth, far from primitive. The fabrication of a stone axe was by no means a simple creation. The first step involved the selection of the proper stone. Prospective stones were meticulously inspected for even the subtlest cracks or hairline fractures that could later render it useless. Only after the stone was shaped by hammerstone of a denser material, did the most tiring work begin – polishing the axe blade smooth in a surrey of clay, sand and water in a palm spathe bowl. The cutting edge of the stone was polished; the butt end was left rough so it held more firmly to the handle. Lastly, sandstone was used to carve groves to secure the handle.

It took a master over a week to fashion a single axe. The resulting product was a work of art and a highly functional tool, permitting existence in one of the most difficult and unforgiving environments in the world. All who have ventured into the Amazon rainforest know that daily survival requires the highest level of ingenuity and skill. Yet the Héta were able to live in balance with the environment, a claim our more ‘sophisticated’ societies cannot make.

The original population numbers of the Héta are unknown. Before contact, they were believed to be a larger, sedentary tribe that practiced agriculture until devastation and disease forced them into a scattered, nomadic existence. By 1960, approximately 150 Héta had emerged from the forest. By 1970, only 15 remained.

Today, neither the Héta, nor the rich forests they once inhabited, exist. Their lands, once supporting a diversity of plant and animal life, have since been converted to cattle pasture and coffee plantations. 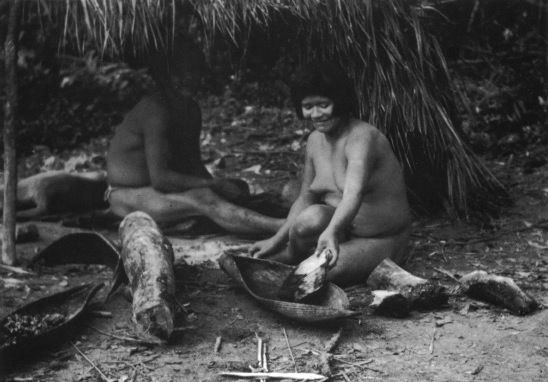 A snapshot taken less than 60 years ago. Within a couple decades, the world of the Héta had collapsed. Grainy images such as these are all that remains of a once proud people. Not even their forests exist today, losses exculpated in the name of ‘progress’. 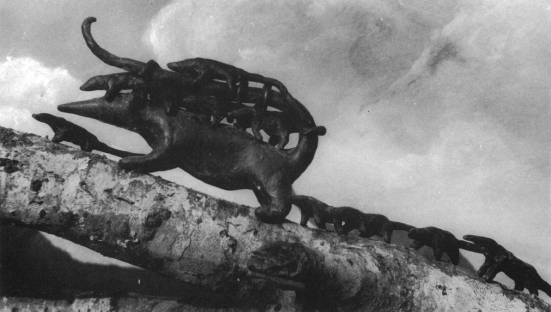 Möu beeswax figurines representing an opossum and her young. This sensitive depiction was rendered in the hard, pliable black wax of a local bee species. 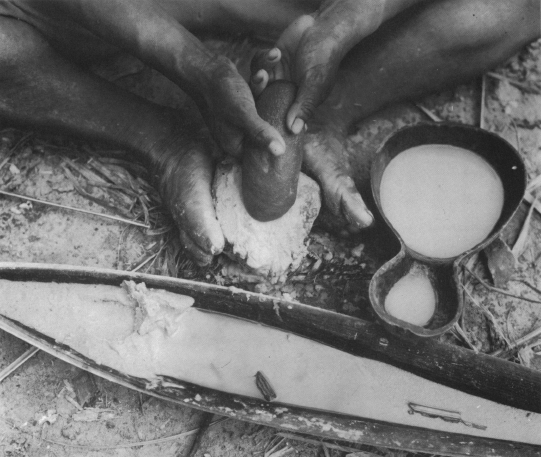 Preparing a stone ax. Took a week for a master tool maker to produce one axe. 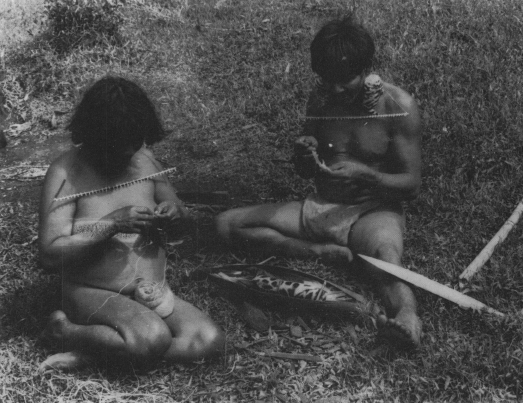 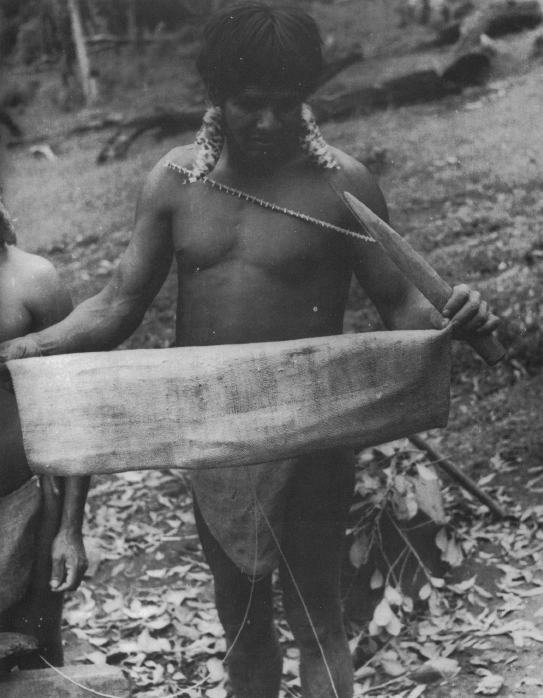 These short paragraphs do not tell the true story of the Héta. Their story could only be told through their own voice, forever silenced. Their history, their legends, their cosmology and world views, their knowledge and ways of adapting to the natural world, vanished with them. The fate of the Héta was hardly unique; in the 20th century, approximately 100 tribes in Brazil went extinct.

Each tribe is part of the tapestry of humanity. Acaté works with some of the remaining tribes in the forest – living on the knife-edge and struggling against overwhelming odds – to return control of their cultural and environmental destiny back into their hands where it once belonged. Please consider donating today and help the guardians of the rainforest protect the living heart of our planet, for all of us. 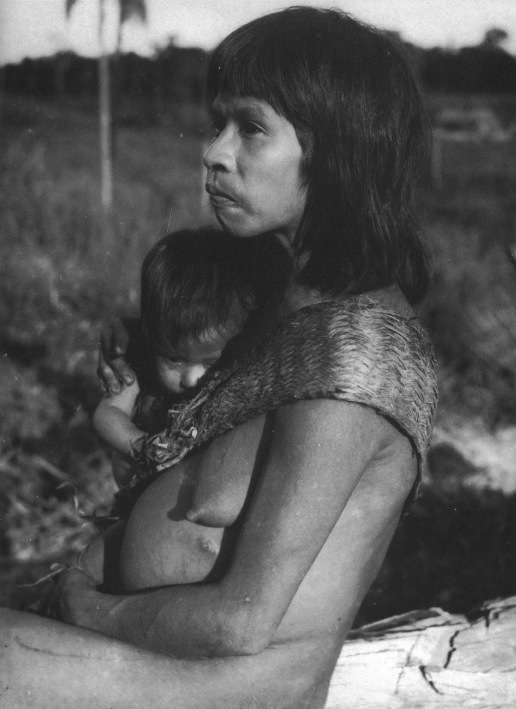 Héta mother and child, with a bleak future before them

All photos come from the 1979 anthropological paper, by Vladimír Kozák, et al., aptly titled “The Héta Indians: fish in a dry pond“.