March 2019 Time is Life An Exhibition in Qorikancha, Cusco, Peru by Xapiri in partnership with Acaté Amazon Conservation

Focusing on Matsés art and culture, Time Is Life represents Xapiri’s first full-blown art exhibition. This marked a big milestone for both the Matsés as an ethnic group – as it represented the first time they have had comprehensive representation outside of their traditional territory.

The exhibition was held at Qoriqancha, a location that has held significant cultural weight and importance for the past several centuries in Cusco. The principle sun temple during the Incan empire, Qoriqancha was later turned into a Spanish monastery during colonial days, and now is one of the most important museums in Cusco.

While the Matsés are indigenous to Peru, the vast majority of even Peruvians have never heard of them, much less outsiders. So to be able to bring this exhibition to Cusco, which is in many ways the cultural capital of the country, gave voice to the Matsés in a groundbreaking way. 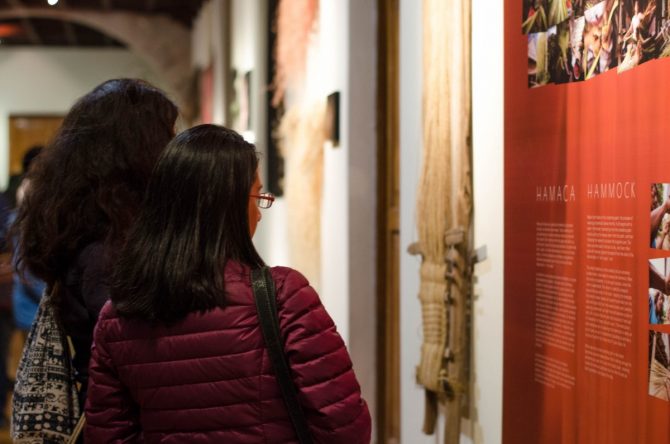 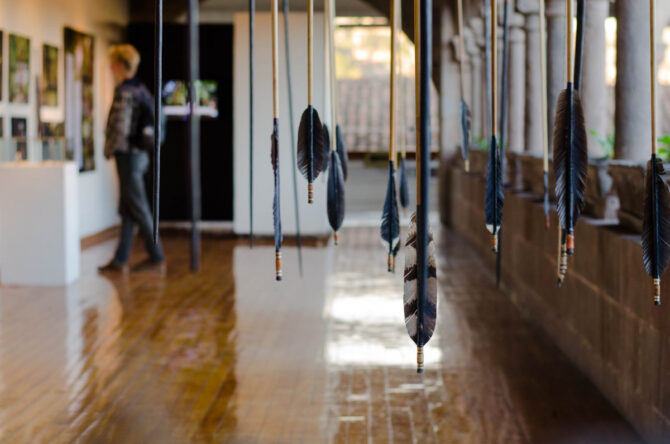 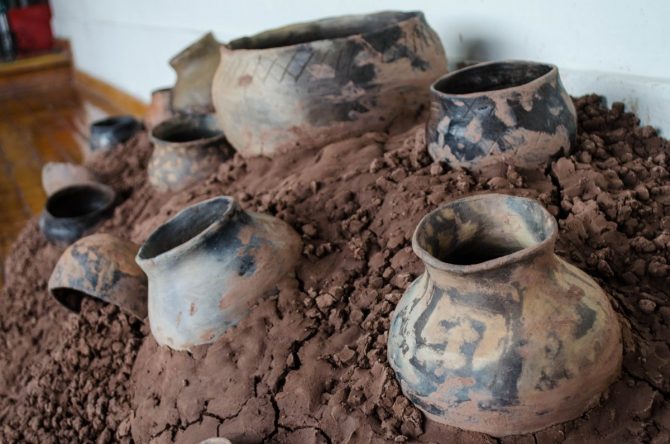 Another joy of the exhibition was bringing two Matsés elders down from Matsés land to Cusco for the opening week.

Antonio and Margarita, husband and wife, visited Cusco for their first time. Being able to speak for themselves at the inaugural night, presenting themselves what this exhibition means to them and speaking on behalf of their culture, was a powerful and potent moment: both for them in bolstering their own agency, but for participants in being able to hear from indigenous individuals themselves and not only seeing a representation of them.

The whole week was a blast as well–sharing Incan culture and landmarks with Antonio and Margarita was a worthwhile cultural exchange, as they had the opportunity to learn about the Incan empire, and see firsthand another part of Peru. 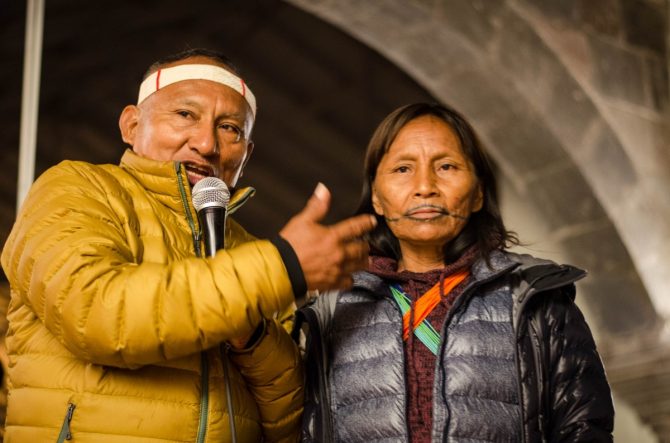 Matsés is a multi-media exhibition expressing the culture of the Matsés people, creating a bridge between
worlds through the lens of Indigenous art and the Amazon rainforest.

By highlighting tradition and the contemporary, we aim to share the Matsés way of life in its current relevance, inspiring creative action to perpetuate ancestral culture and its future generations.