Indigenous groups the world over have historically been dispossessed of their ancestral territories, exterminated, or cheated for the extraction of their natural resources. Once missionaries established first peaceful contact with the Matsés in 1969, timber and petroleum interests quickly followed. In the turbulent years following sustained contact agents of timber companies took advantage of the Matsés communities by tricking them into cutting down high value timber species such as Spanish cedar and mahogany without any compensation. Petroleum companies carried out surveys and drilled exploratory wells deep into Matsés ancestral territory. 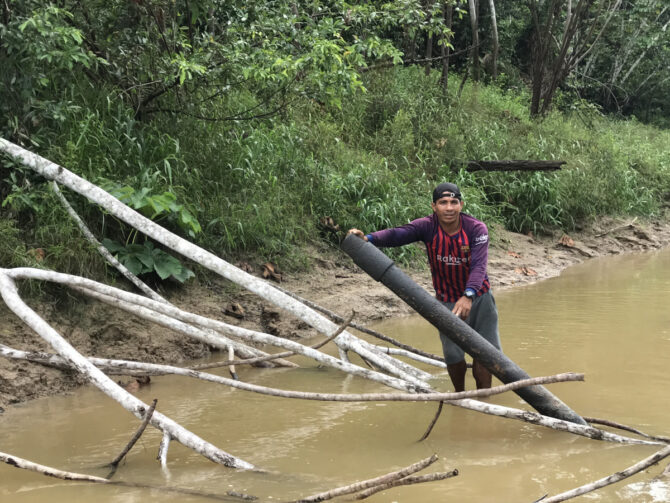 Exploratory drill pipe in the headwaters of Upper Yaquerana, a region which shelters uncontacted tribal groups in isolation

This exploitation continues to the present day. Outsiders exploit the Matsés limited formal education, language barriers, lack of understanding of accounting and legal systems, lack of external resources, as well as their fragmented leadership and social cohesion post-contact. Additionally, the Matsés struggle to receive legally entitled services and support from the government due to their remote location and blatant governmental corruption. These factors have left the Matsés chronically vulnerable to opportunistic predators, including narco traffickers, international and local NGOs who receive funding for phantom projects that do not exist, corrupt politicians and bureaucrats, and carbon-cowboys intent on lifting their carbon rights.

Traditionally, the Matsés lived in longhouses in large family groups. They had no formal governance, with decisions made through community consensus guided by the leadership of respected elders. Following sustained peaceful contact with the Peruvian national culture, leadership structures were constructed in Matsés society based on Peruvian political structures. The requirement for Spanish speakers favored the selection of primarily younger Spanish-speaking Matsés to assume leadership roles in order to facilitate communication with non-Matsés speakers. This has had the effect of excluding many experienced and recognized elder Matsés community leaders from participating in the political decision-making process and in official representation of their people to the outside world. Further, elected Matsés leaders receive little, if any, formal training before starting office to prepare them for leadership roles and the enormous challenges they face. Young Matsés leaders with limited basic education, given no training or even an orientation class on assuming office, and supported with few external resources are left unaided to negotiate with well-funded timber companies, oil companies, NGOs, local government, regional government and departments, adventure tourists, and even smugglers of frog (sapo) secretions. These various organizations have their own agendas, and regrettably, not all are working in the best interests of the Matsés people or the rainforest the Matsés protect. The consequences are been dire for Matsés education, health, food security, and land rights.

In February 2019, Acaté leadership and the Matsés governing body (Junta Directiva) met and agreed that following the completion of the Matsés Indigenous Mapping Initiative, our next major collaboration would be to address the very heart of the challenges that underpin the Matsés internal struggles and enable external threats. The Matsés Indigenous Leadership and Governance project is a critically important initiative. This initiative, led and developed by the Matsés people, addressed this governance crisis through three critical arms: 1. computer literacy training, 2. management skills training (accounting, legal, project management), 3. leadership training.

The benefits, developed through this project and realized by the participants and the wider communities include: 1) the ability to obtain benefits from government agencies and NGOs by avoiding pitfalls through navigating the bureaucracies, 2) the ability to participate in the national economy, and 3) the ability to protect their territory from extractive industry including oil and timber companies encroaching on their territory. Most importantly, the project will contribute to the capacity and resiliency of the Matsés in maintaining unity against the external forces that threaten to degrade their unique way of life.

During the first phase of Matsés Indigenous Leadership Initiative, the Matsés updated their bylaws and translated them into Matsés, along with clear explanations of the meanings of technical phrases in Matsés such that all the community members could understand. 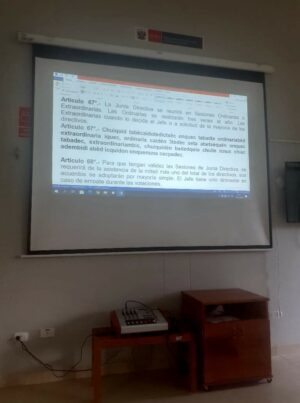 Presenting the bylaws community by community

The Matsés Ancestral Territory gained recognition as an indigenous protected area by the United Nations Environmental Program. The Matsés wrote a Plan of Life for their community detailing their vision for their future. They participated in a creative leadership program where they developed problem and solution trees to build solutions to their real-life challenges. We provided computer training for 144 young Matsés in the basic use of a computer along with word processing, spreadsheets, and presentations. We also translated key legal documents into the Matsés language and held multiple meetings in each village to disseminate information on everything from the structure of the local government to their rights and obligations as an indigenous territory. 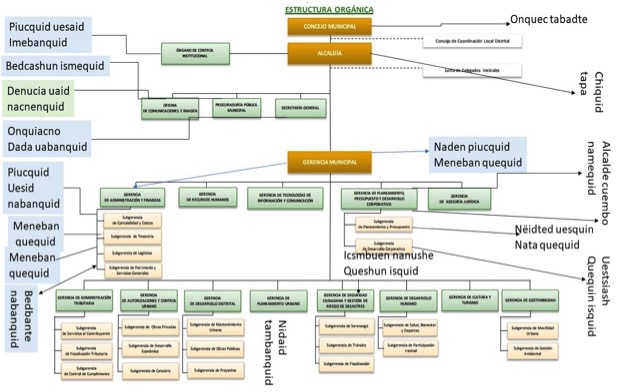 In the course of the session, the Matsés leaders developed for their reference an organizational flow chart of the intended structure and function of the local government with Matsés explanations

The Matsés Indigenous Leadership Initiative seeks to build further on work set down in the Matsés Indigenous Mapping Initiative in helping to support the Matsés people to protect their lands through a new and enhanced capacity to communicate and interact with the outside world. Furthermore, the initiative will engage younger generations by inspiring youth that their identity as Matsés can lie in both traditional and modern systems, and that to choose one is an artificial choice; one can thrive in the outside world, yet retain a proud identity as Matsés. 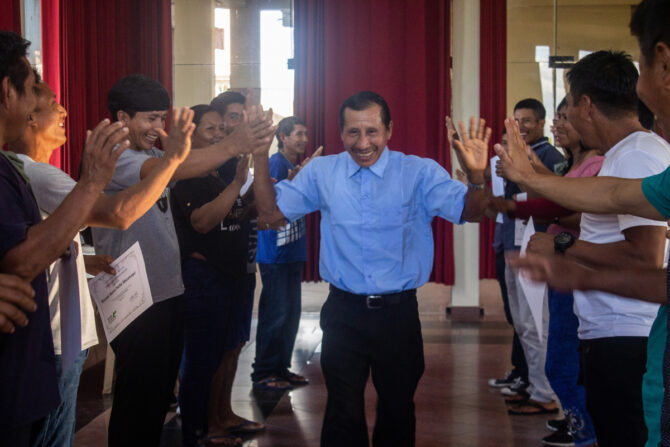 July 2020 Acaté Field Report: Acaté and partners coordinate emergency relief efforts during the COVID-19 pandemic and safe return of Matsés to their communities