Lucho lives with his wife Marina in the Matsés village of Estirón. He is a meticulous worker and it shows in everything he does. Lucho is renowned as a great healer among the Matsés. People often travel great distances to Estirón to receive his treatments. 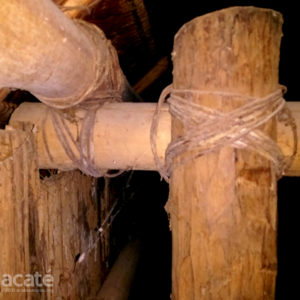 Detail of Lucho’s handiwork. Using only chambira or tambishe (fibers sourced from the jungle) the Matsés are able to build strong, durable structures.

Lucho was the principle author of Acaté Amazon Conservation’s first chapter of the Matsés medicine encyclopedia, which is being used as a model by the other plant masters working on the project. Lucho’s grandmother, a mestiza, was captured when she was pregnant with his father Manuel. Years later, in around 1948, Manuel captured Lucho’s mother from the Kulima tribe. Dsi, Lucho’s mother, was not born a member of the Kulina tribe; they had captured her from the Demushbo as a young girl.

As a boy, Lucho earned the respect of the elders by successfully hunting Wooly Monkeys. They are extremely wary of humans and stay high up in the forest canopy making them extremely difficult to hit with an arrow. During his time hunting he also became very interested in medicinal plants and learned all he could from the elders. Lucho is still one of the best hunters in his community and rarely comes back home empty handed. He enjoys telling stories about his adventures in the jungle and being present at the first peaceful contact with the outside world. 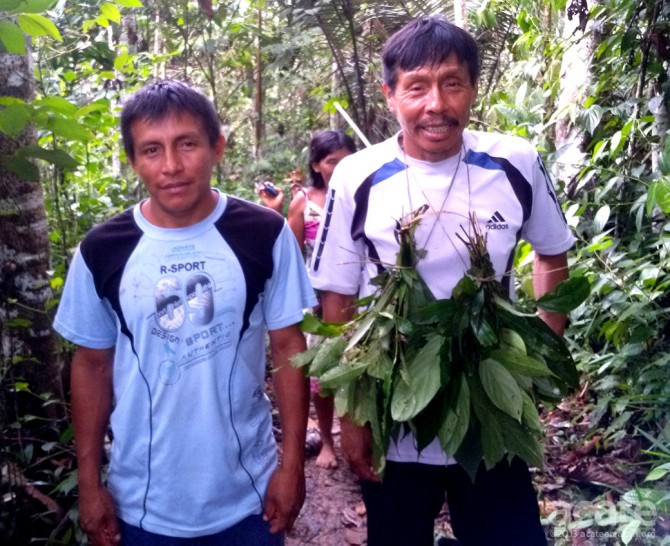 Lucho is currently teaching his son the tribal knowledge of plant medicine. 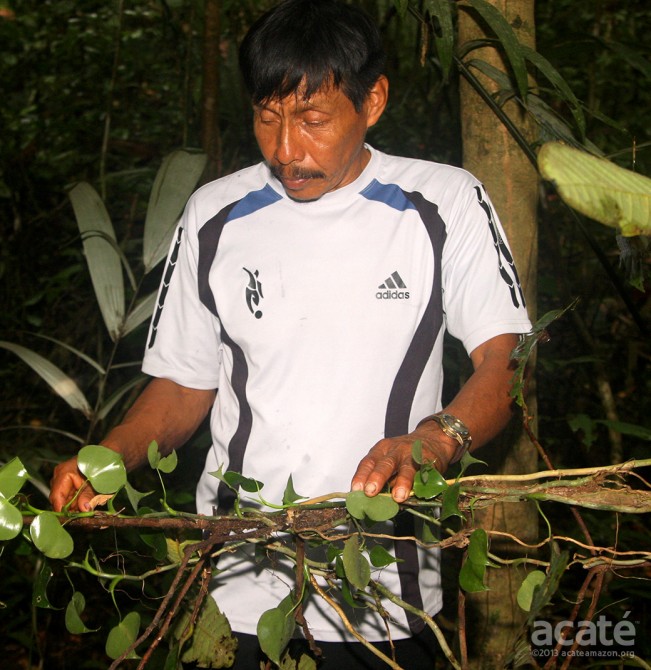 Once, when Lucho was hunting with his dogs, he believed the dogs had found some capuchin monkeys foraging on the ground. He left his bow and arrows on the trail and went to retrieve his dogs. When he approached the dogs, he saw that it was not monkeys but a jaguar that the dogs were harassing. When the jaguar saw Lucho it charged and Lucho, rightly terrified of jaguars, tripped and fell into a tangle of vines. Luckily for Lucho the vines kept the jaguar from reaching him right away and his dogs came to the rescue biting the jaguar’s tail giving Lucho time to grab a big stick and hit the jaguar with all his force until the jaguar retreated. Lucho is now extra careful when hunting.*

Lucho spends his days hunting, farming and preparing medicines for his friends and family. He also spends a lot of time teaching his children all the skills they will need to thrive in the jungle.

*There have been 3 fatal jaguar attacks on Matsés since the 1970s. 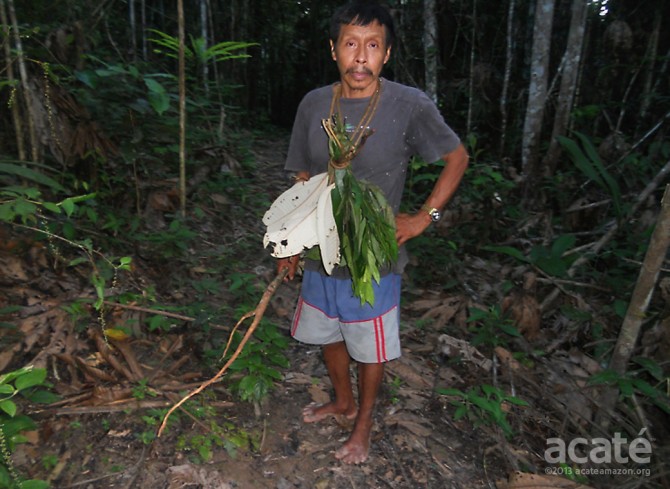 Lucho on the trail collecting plants.