UPDATE: The company responsible for this deforestation is United Cacao. Read the full report here.

In an investigative trip facilitated in part by Acaté’s in-country Director Bill Park, journalists in Peru’s Loreto region recently discovered a 14-square-kilometer area of pristine rainforest cut down for an illegal palm oil or cacao plantation.

The main newspaper for Loreto, La Región, released photos and information regarding the illegal deforestation.

14-km2 of virgin rainforest destroyed for palm oil or cacao

Questions abound regarding who approved such massive deforestation

Journalists are inquiring with authorities as to who was responsible for approving for such destruction. Peru has a few legislative protections in place to help protect its remaining stands of virgin rainforest, yet 1,400 hectares were destroyed without any notification of government officials. In our base in Iquitos, the capital of Loreto, Acaté has directly witnessed the largely silent, and under-the-table, expansion of palm oil in the rainforests of Loreto.

State engineer, Abel Benítez Sánchez, told La Región that he alone approves permits allowing for the clearing of virgin forests, and he hadn’t heard anything about the palm oil deforestation until the newspaper broke the story.

Mr. Sánchez said, “[This] issue is the responsibility of the Regional Agrarian of Loreto, the Ecological Police, and the Public Mystery, if they communicate to us to go to the area of ​​course we’ll go.” If the yet-to-be-known company has violated environmental protection laws, then a environmental criminal complaint will be filed against them.

La Región’s journalists have uncovered potential leads in discovering the company responsible for the deforestation, but have yet to be able to speak with any of the company representatives or engineers. 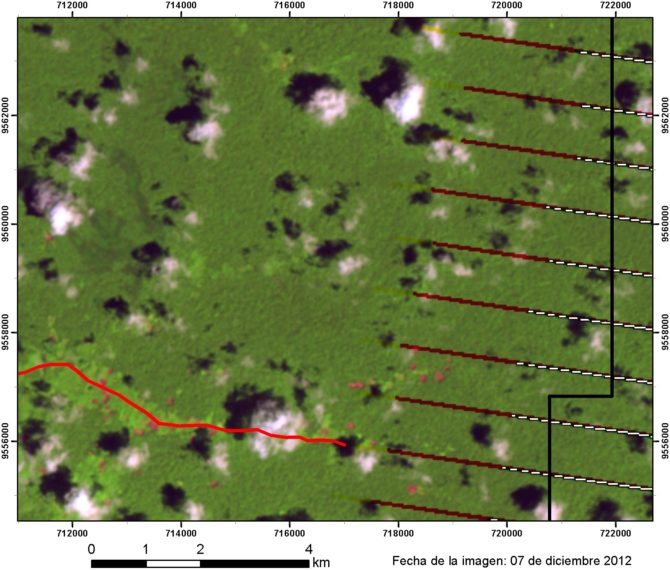 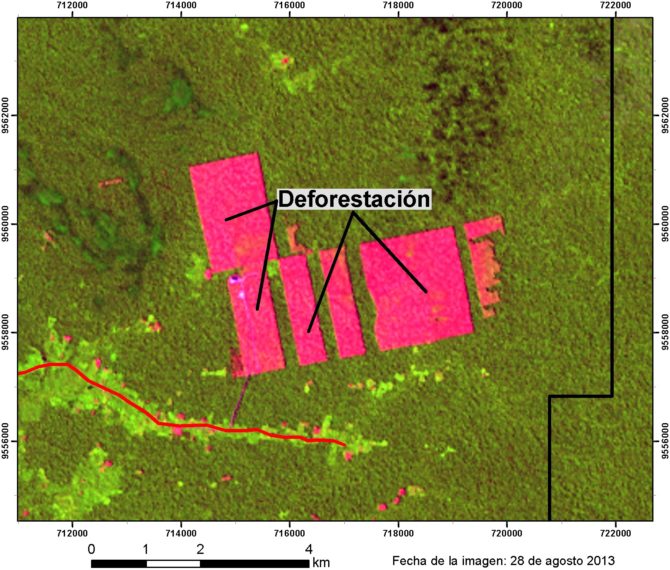 Due to the massive scale of deforestation, the likely planned cash crop would be palm to produce palm oil. The alternative cash crop is cacao, is a sensitive tree requiring nursery trees to protect it during the early stages of growth. Cacao also requires more attention and care for proper fruit production, while oil palm is mostly a plant-and-wait strategy with minimal oversight. Palm oil production also requires vast areas of land to make it economically feasible.

In South Asia, countries have a large portion of their rainforests disappear. Palm oil corporations have now set their sights on the largest and most intact rainforest on our planet: the Amazon.

As journalists in Loreto continue to uncover details regarding the environmental crimes committed we must do our own part and look at how our consumption behaviors are contributing to such acts of environmental destruction.

Palm oil is widely used in the snack food industry and is usually labeled directly as “palm oil” or “vegetable oil” on product packaging. Many retailers, from Nestlé to Frito Lay, rely on palm oil for their food concoctions. Even cosmetics, body products and bio-fuels contain palm oil.

SayNotoPalmOil.com has a nice summary of consumption and the environmental impacts of palm oil production:

In supermarkets in the United States, Europe and Australia, 50% of all baked goods, confectionery, spreads, body products, cosmetics, cleaning agents, air fresheners and sometimes even paint and printer ink contain palm oil, and the average first-world citizen consumes at least 10kg of palm oil each year. Fact is, a large percentage of products in your household will contain palm oil, and almost anything that contains a high level of saturated fat will have palm oil in it (except for some dairy products, which gain their saturated fat from full cream milk). The markets for palm oil are even greater in China and India.

There are various methods that are undertaken when it comes to deforestation for the development of palm oil, but typically, the process is as follows; the Indonesian or Malaysian Government will first sell the land to wealthy multinational palm oil companies and issue them a palm oil concession. The forest is logged of all its precious hardwood timber, which can include; teak, ironwood, ebony, mahogany, sandalwood and over 70 other valuable species. The remaining trees, shrubs and debris are then set fire choking the air with soot and release large volumes of carbon dioxide. The land is cleared and flattened using heavy machinery to make way for rows and rows of oil palms. Indigenous locals are often employed by the plantation owners, usually the people who have been displaced from the land to create the plantation, where they plant and maintain the oil palm trees under risky, dangerous conditions, using many unsafe chemicals, all for little pay.

An important thing to remember is that the oil palm plantation will only last for approximately 20 to 50 years before then the soil is completely drained of its vital nutrients and the palm trees too matured to produce palm fruit, which is why palm oil is very much a short-term commodity, and not a long-term sustainable solution.

What you can do

While journalists and investigators inquire into this travesty, we can do our part to reduce consumption of products made with palm oils, or source products that use responsible production and harvesting practices for their palm oil.

As Borneo, Indonesia, and Malaysia have shown, palm oil interests will stop at nothing to exploit their countries resources for their own short-term, private gain. The Amazon is home to the largest and the most intact rainforest on Earth. We must be aware our own consumption driving these unsustainable market forces and help the communities living within these special and diverse biomes in their struggles to protect their livelihoods and homes.

3 Responses to “Virgin Rainforest Deforested for Palm Oil in Tamishiyacu”