Indigenous communities under increasing threat in Peru and Ecuador

Resource extraction, mainly from petroleum, is exerting a heavy toll on the indigenous inhabitants and environment in the headwaters of the Amazon basin.

In a northern and remote area of Peru’s Amazon region an official state of emergency has been declared due to high levels of barium, lead, chromium due to careless and reckless petroleum extraction.

While the government is only now acknowledging the crisis, the indigenous communities who live in, and downstream, of the extraction areas have been suffering for decades.

All along the Amazon corridor, from the northern border with Ecuador down to Pucallpa, petroleum companies reap significant profits while polluting the waterways and land around their extraction facilities.

Indigenous tribes and communities—people like the Achuar, Kichwa, Shipibo and Matsés—living in these remote areas are directly impacted from the illegal and irresponsible handling of crude oil.

A whopping 72% of the Peruvian Amazon is divided into oil lots. That doesn’t even take into consideration the concessions for timber and mineral extraction. 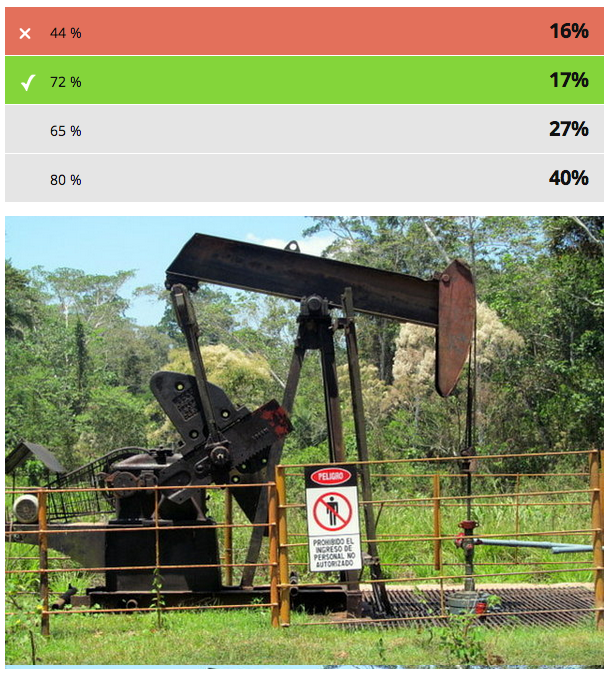 A whopping 72% of Amazon rainforest is marked for petroleum exploration in Peru. Source

Pluspetrol, Peru’s largest petroleum and natural gas producer, is the subject of the latest environmental crisis unfolding in the northern region of Peru’s Amazon.

Drilling first started in 1971 during the first oil boom in the Amazon region. Occidental Petroleum first began drilling, and polluting the area, until Pluspetrol took over in 2001.

Contamination from Occidental’s reign was never cleaned up properly by them, or Pluspetrol. Fines are now being levied, more than a decade later, against Pluspetrol for failure to address the toxic damage to one of the most bio-diverse regions in the world.

Pluspetrol has refused further comment beyond stating that they are “evaluating the situation.” They’ve already appealed a January $11-million fine for failure to clean up a contamination site in Peru’s largest national park, Pacaya Samiria.

Ecuador Sells Off Amazon to Pay Down Chinese Debt

Under increasing financial pressure due to almost $7-billion in debt to the Chinese, Ecuador is selling it’s natural heritage and resources to stay afloat. 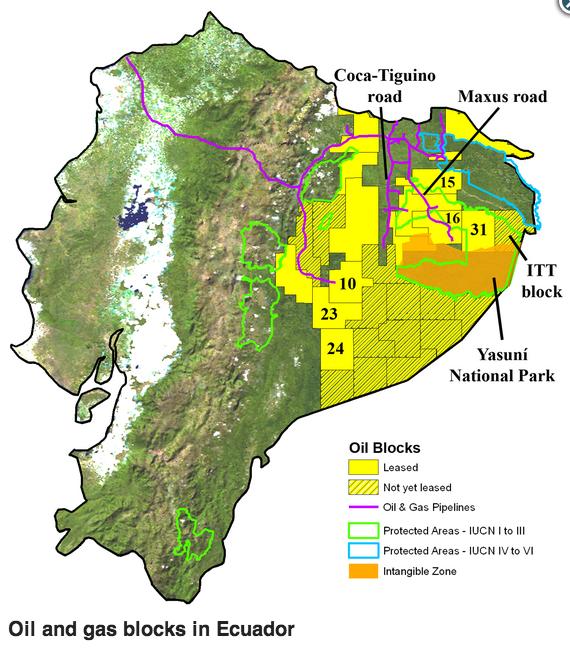 Ecuador, which shares Peru’s northern border, has its own share of petroleum extraction horror stories.

The most famous toxic site in Ecuador is located in a northern area of rainforest known as ‘Oriente.’

Texaco operated petroleum fields from 1964 to 1990, and deliberately dumped 18.5 billion gallons of “highly toxic waste sludge into the streams and rivers” that local communities depend on for drinking, cooking, washing, and bathing.

All intentionally and recklessly discarded to save $3 per barrel.

Now, such environmental disasters and human tragedies will only compound with the news of Ecuador’s massive sale to China.

Trading one debtor for another

Rafael Correa, Ecuador’s socialist three-term President, has long been known for his Anti-United States rhetoric and actions (amusing considering President Correa earned his Masters and PhD in economics at the University of Illinois at Urbana-Champaign).

During his short run as Minister of Finance in 2005 under Alfredo Palacio, Correa took issue with the free-trade deal with the US, and opted to cooperate with South American countries instead of following International Monetary Fund advice on reducing (re: acquiring) Ecuador’s significant debt. Conflict with President Palacio forced Correa to resign.

Since his election, Correa has worked hard to distance himself from the country’s long-standing ties with the US, and appeal to other countries for financial assistance and collaboration.

In addition to his financial reshaping, Correa also green-washed himself and his Government. One of his first efforts was [blackmailing the international community by holding ransom an area of the National Park Yasuní from future oil exploitation](http://en.wikipedia.org/wiki/Yasun%C3%AD-ITT_Initiative Yasuní-ITT Initiative”). This offer stipulated that Ecuador must receive $350-million annually from the international community to avoid oil exploitation.

Now it seems that Correa’s debt-extortion hasn’t worked as planned. The Ecuadorian government’s whopping debt (30% of which is owned by China) is now abandoning its overture of environmental protection.

The Shuar people feel abandoned and lied to, again. Narcisa Mashienta, a Shuar leader, said “[Our government has] not consulted us, and we’re here to tell the big investors that they don’t have our permission to exploit our land.”

The other six indigenous groups in addition to the Shuar are rightly upset because last year an Ecuadorian court ruled that “governments must obtain ‘free, prior, and informed consent’ from native groups before approving oil activities on their indigenous land.”

What you can do